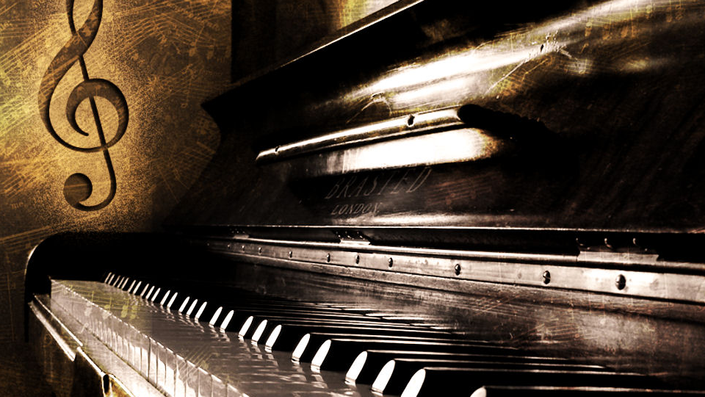 Learn to speak the language

The coupon code you entered is expired or invalid, but the course is still available!

So here I am, sitting down to write the "Sales Page" for the Music Theory course, I already had a full sentence:
"Learning Music Theory is very similar to learning a language"
All official and what not, and I wanted to go from there and start explaining why it's important to learn about Music Theory. But then I thought: F it, why not explain what the course is really about.

That being said, just in case you're not yet convinced about the importance of music theory; here's a quote from Brahms:

"Without craftsmanship, inspiration is a mere reed shaken in the wind"

Well said dude! So with that out of the way; In this course you'll learn the fundamentals of Music Theory, Chords, Scales, Modes, Intervals, etc.
It will not turn you into the next Beethoven but it will enable you to start speaking this "musical language" which in turn will help you remember and develop musical ideas. You'll be able to read things like "I bII V7 I iv" which you can then extend and adapt to suit your own musical ideas.

When I learned about Music Theory years ago it was such an eye-opening experience, suddenly I could go back to old projects that I never finished because I got stuck at some section. With my new knowledge however I was able to identify and fix the problems, which often had to to with using Non-functional chords or other topics I knew nothing about.

Once you speak the language you can actually start learning about music. You can read chord diagrams, write down ideas, analyse songs that you like and use those techniques in your own song.
On top of that you'll get a wealth of new colours to paint with, retrogrades, chord substitutions, modal borrowing, and tons of other fun stuff, including an introduction to Functional Harmony, so what's that all about?

What is Functional Harmony?

Maybe I'm just talking about myself here but I definitely experienced this, and it made me miss out on of the most exciting parts of Music Theory: Form

Form is a term used to describe the structure of a musical piece, it uses the language of Music Theory in a pragmatic manner. Learning about Form with help you understand how all the smaller elements in a song work together to create a single unified experience.

In this course you're getting an introduction to Functional Harmony, a system where Chords get categorised into their own unique "functions" This allows you to build chord progressions that evoke specific emotions, that create a story in which you're the writer. You can take the story into any direction, go on a a bit of side journey and then take it back to the beginning or an insane plot-twist.
There are all silly metaphors of course but hopefully it gets the point across, functional harmony allows you to gain full control over your music. It's not about "finding a chord that works", it's about telling a story with chords and understanding how they relate. Honestly, It's freaking exciting stuff.

After this course you'll be able to..

First Section
Available in days
days after you enroll

When does the course start and finish?
The course starts now and never ends! It is a completely self-paced online course - you decide when you start and when you finish.
How long do I have access to the course?
How does lifetime access sound? After enrolling, you have unlimited access to this course for as long as you like - across any and all devices you own.